He has founded Legal Analytics, being theapplication of Robotic Process Automation and Artificial Intelligence in thelaw. He also acts as a board strategy consultant and has also written twochapters in the textbook for Bond University’s start-up law course.

David is an Honorary Adjunct Senior ResearchFellow within the faculty of law and is continuing legal scholarship infinancial services and products regulation in Australia and other countries.His research interests include the application of cognitive artificialintelligence (AI) in legal analysis.

He is experienced at director level inseveral countries including Australia, Singapore and Germany with 30 years ofpractical experience in building and managing international companies.  He obtained honours in a Zoology/Geologydouble degree (B.Sc. Hons. 2(i)) from the University of Reading, and completedthe tuition component of a M.Sc. (Oceanography) at the University ofSouthampton. He was appointed Research Officer in the University of CanterburyDepartment of Zoology leading a small team investigating  the effect of eutrophication and heavy metalleaching on marine animals in estuarine and inshore ecosystems.

He also holds an M.B.A and LL.M from BondUniversity. He was awarded the FW Humberstone Prize for Character andScholarship, amongst other prizes, from a prestigious English public school.

He was the Foundation Chief Executive ofUniQuest Limited, the leading university technology transfer company in theAsia Pacific (1983-1988), the Founder of Corporation Builders (1991-2010), andof MillhouseIAG Limited (1991-2010) and Millhouse, Inc. PLC. He was formerly atrustee of Bond University Endowment Fund and trustee of the Queensland ArtGallery/Gallery of Modern Art. He is a member of the Brisbane Business Forum,drawn from the highest echelons of the Queensland business community.

These achievements were recognised in 1988when UniQuest was able to host the 3rd Symposium on Technical Innovation andEntrepreneurship to coincide with World Expo 88 in Brisbane, Australia. Theearlier symposia were held in Salt Lake City and Birmingham, UK. The partnersincluded the Utah Innovation Foundation, IC2 Institute from Austin, Texas, andthe Stanford Research Institute. It was these linkages that alerted David towhat was happening in Silicon Valley, Boston, Oxford, and, poignantly, Germanyand Berlin. UniQuest today has generated $15.5 billion in end use sales of itslicensed technologies and holds greater equity in its start-ups than its rivalsat the Group of Eight universities combined.

The 1986 and 1987 UniQuest Annual Reportsmade reference to: ‘…the signal contributionmade by (David Millhouse’. His most poignant and valuable recognitionthough, was a hand written and signed letter from the whole board of directorsof UniQuest ‘To David with our thanks forthe remarkable job of creating UniQuest from an idea; and with best wishes foryour future career’.

Public recognition of David Millhouse wascontinuous. There were many articles in the Brisbane Courier Mail and theAustralian Financial Review as well as government publications. It resulted inhis being a finalist in The Bulletin-Compaq Young Executive of the Year Awardin the presence of the Australian Prime Minister in 1988. At UniQuest’s SilverCelebration in 2010, University of Queensland Campus News reported that ‘Sales of products based in UQ technologyand licensed by UniQuest are now running at A$5.24 billion per year’.

His publications from this period include: ‘Technical Entrepreneurship – the linkbetween science and technology and the marketplace”; “Leadership in Innovation – Exploiting the Global Market’ and manyothers. David has taught short courses in international finance and venturecapital at the American Graduate School of International Management in Phoenix,United States. He has also taught and mentored over 1,000 companies incapitalisation planning, finance, and business strategy as part of theCorporation Builders programs in all parts of Australia, New Zealand,Singapore, and Germany.

Bond University was to be funded by BondCorporation and EIE Corporation of Japan. David applied his knowledge ofuniversities to advise the Business and Law Schools. He also worked with IC2Institute in Austin, Texas to enable Bond MBA Students to compete in their MootCorp Business Planning competition. Bond University was able to attract some ofthe best Australian expatriate academics back to Australia. These included DrDoug McTaggart who subsequently was the Chief Executive of the QueenslandInvestment Corporation, and Dr Jeffrey Carmichael, who went on to become thefirst Chair of the Australian Prudential Regulatory Authority.

David founded MillhouseIAG Limited in 1991 designedto create and build emerging growth companies which did not otherwise exist. In1994, he founded Corporation Builders with the assistance of the QueenslandGovernment Treasury and a series of private sector sponsors. CorporationBuilders was designed to identify companies that needed venture capital forgrowth and to assist them in raising that capital. Ultimately, with thefinancial assistance of every Australian State Government and the AustralianFederal Government, Corporation Builders operated in every Australian State andTerritory. Subsequently, with the assistance of the Singapore Government(Economic Development Board) and the New Zealand Government, Corporation Builderswas exported to those countries and operated with the support of private sectorsponsors. He was originally elected a Fellow of the Institute of CompanyDirectors in Australia on the 20th May 1988.

Many members of the Australian VentureCapital Association and the Singapore Private Equity and Venture CapitalAssociation participated. With financial support of the Queensland Governmentin 1996, enterpriseangels wasconceived, funded, staffed, and operated for some years in Brisbane andregional Queensland.

Corporation Builders was also extended toBerlin. This was the period when post-unification Germany could finally achievein technical innovation and venture capital what had occurred in the UnitedStates, and partly under David’s leadership, in Australia and elsewhere. Hebuilt relations with the KfW (Kreditanstalt fur Wiederaufbau – the originalMarshall Plan institution), and the IKB (Industrie Kredit Bank) in particular. TheBerlin Senate sponsored an Asia Pacific Week each year in which he participated.A more detailed description can be found in “Venturedand Gained” (Business Acumen Magazine) at davidmillhouse.com

Funds managers are rightly expected to bebenchmarked against their peers. The Millhouse managed private equity funds werebenchmarked voluntarily against their peers from audited accounts by thePrivate Equity Performance Monitor in London. This was done quarterly by fundvintage (year of foundation) and were consistently first quartile performers.For instance, at 30th June 2009, according to the PerformanceMonitor, the MillhouseIAG Private Equity Trusts ranked 64/274 on a net IRRbasis and 2/274 on a return multiple basis for all reporting private equity andventure funds worldwide. Benchmarked against other reporting venture fundsonly, the results were 7/70 on a net IRR basis and 2/70 on a return multiple basis.These reported benchmarks were consistent over several years and published bythe Private Equity Performance Monitor.

The Australian Financial Review (25thFebruary 2009) published a comparison of “Top Performing” funds. In the privateequity asset class, the MillhouseIAG Private Equity Fund was reported as havinga 1 year return of 23.07% and a 3 year return of 15.72% p.a. The comparativereturn data can be found at www.afr.com/25.02.2012 andMorningstar.

By 2009, MillhouseIAG was well established asa fund manager and had by that time, also acquired the Huntley Group, based inSydney. Huntley is a Responsible Entity, Trustee and Custodial business, acrossa number of asset classes. Institutional investment grade quality ofMillhouseIAG was recognised by Ascalon Capital Managers (owned by Westpac Bank)when it made an equity investment into MillhouseIAG and took a seat on itsboard of directors.

In 2009, the Queensland Government, Australiapresented David Millhouse with an award ‘TheQueensland Government recognises David Millhouse as a vital partner in buildingQueensland’s growth and prosperity’. That is the entrepreneurial skill. Itis a skill that depends on a huge amount of intestinal fortitude and energy. Askill that defies defeat, creates success, and impassions others to follow. Askill that stares down barriers. Above all, a skill that can only prosper in anenvironment of absolute trust, integrity, and common purpose. 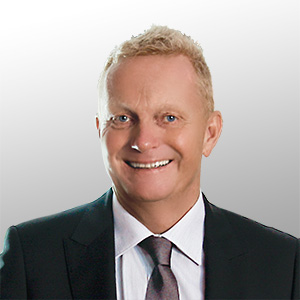 David is a serial entrepreneur in the private equity and venture capital sectors. He has been in Chief Executive and board roles since 1983. David has been awarded a Ph.D in Law from Bond University entitled ‘Systemic and Cyclical Failure in the Australian Financial Products and Financial Services Sectors: Have weaknesses in corporate law contributed to these failures?

His PhD has been publicly recognised by the Australian Financial Review (AFR Chanticleer 16th January 2019) and other media.